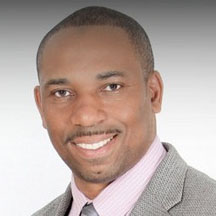 Terry Moore is the Director of Adult Services at the Center for Fathers and Families where he oversees and assist in teaching parenting, life skills and anger management classes. In his spare time between his work at CFF and being a father to two girls, he is a nationally recognized spoken word poet and entertainer.

He has opened for some of the world’s top entertainers. He has won eight Best Spoken Word Poet awards, one Best Live Performer award, and one BMA Image award, appeared on the world-famous Showtime at the Apollo and BET, won multiple competitions, hosted numerous events and appeared in movies. He is most known for his captivating crowd-pleasing style that awes audiences. This multi-published, multi-talented poet is nationally recognized. He has dominated the English language through his masterful organization of words that sets him in a class of distinguished spoken word artists and scholars.