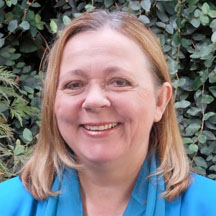 Tatiana brings her personal experience as a first-generation immigrant and community leader. She was born in Kiev, Ukraine, and came to Sacramento in 1992 with her family and four small children as a religious refugee. She had to start a new way of living without speaking English or having sustainable job skills. With her overcoming poverty and learning how to be the right example for her children, she slowly became a recognized leader and advocate for recent immigrants for the entire Sacramento community.

She has over 20 years of working with local communities, including low income families and individuals, mental health consumers, immigrants and refugees from former Soviet Union and Eastern Europe. Since 1994 she started her volunteer work as a contributor writer for local Russian newspapers, became radio talk show host, and is a well-known woman-advocate for Russian-speaking community in Greater Sacramento region.

Tatiana is a director of Russian Information & Support Services, the organization she created in 2012 to assist her fellow American social workers and other specialists that serve immigrant communities. Tatiana serves on several boards and participates in panels and conferences as an expert on the immigrant unreached and underserved communities.